THE BAN Of FLUORESCENT lighting

In February 2022, the EU Commission published new RoHS directives (RoHS=Restriction of Hazardous Substances)  that restrict the use of hazardous and harmful substances in electrical and electronic equipment.

The new RoHS directives stipulate that no lamps containing mercury may be placed on the market after August 24, 2023. All fluorescent lamps used for general lighting purposes are initially affected by these new regulations.

Even though an exemption until February 24, 2025 has been created for D65 and D50 applications including ISO 3668 and ISO 3664:2009 compliant viewing devices for color matching, it is to be expected that the de facto end for D65 and D50 fluorescent lamps will come sooner. For the large lamp manufacturers, the relatively small quantities for the niche market of color matching are not attractive.

For JUST Normlicht, these directives and the associated technology change do not come as a surprise. JUST has been offering mercury-free alternative LED-based solutions for a long time.

JUST DLS luminaires, with their long-life LED-based technology, are much more sustainable than florescent lamps.

They do not have to be disposed of as hazardous waste, all components are recyclable, there no regular tube replacements, and illumination is glare- and reflection-free.

For users with existing fluorescent-based viewing systems:  keep your iron and see the light!

JUST DLS upgrade systems allow upgrading only the luminaire part of your current systems, preserving your investment in cabinetry, stands or stations. You benefit from the advantages of the new DLS colour proofing light without buying a completely new colour matching station.

For most of our color matching stations, we already offer plug-and-play DLS upgrade solutions.

Similar to the DLS Upgrade System, the old mercury-containing luminaires are replaced with state-of-the-art LED-based DLS luminaires specifically designed for your station and engineered to fulfill your requirements.

THE DLS – ALTERNATIVE FROM JUST NORMLICHT

Find alternatives to your fluorescent-based product in our webshop.

easily mounted to the ceiling or directly at your Inspection station. The LED-based DLS moduLight luminaires can be easily switched between D50, D65 - each with and without UV content- and UV-Only. 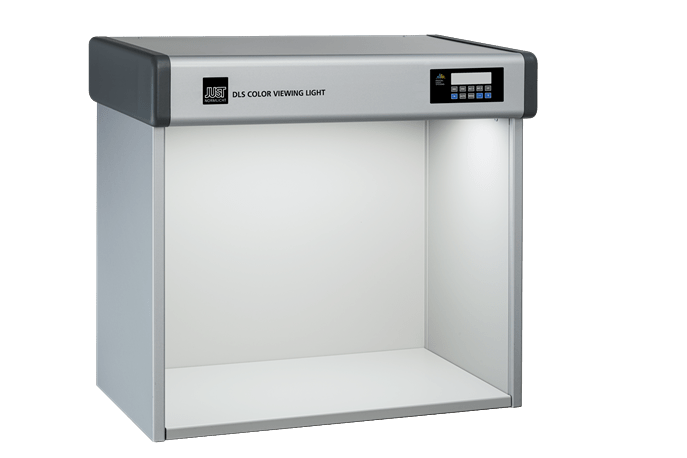 perfectly suited for any kind of proofing due to its versatility. The DLS Color Viewing Light booths are available in different sizes and various illuminants of course based on JUST LED technology! 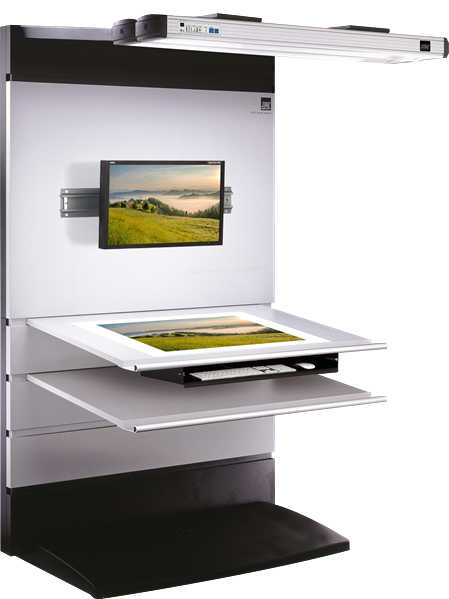 combines the latest lighting technology with functional design. The DLS ProofStation are perfectly adapted to your matching requirements thanks to their different versatile features.

Not find what you are looking for?

Contact us and let us find your suitable DLS solution!